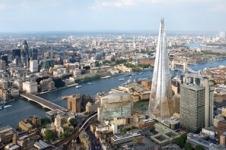 Mace has finally signed the deal to build the Shard of Glass building next to London Bridge railway station.

The contract was inked over the weekend and the news ends weeks of negotiations between the firm and the Qatari financiers on the 310m high scheme.

Formal confirmation of the deal will be announced tomorrow morning with the construction price believed to be in the region of £425m.

Mace will carry out the work on fixed-price contract after it came up with the proposal back in October 2007 when the developer, led by Sellar Property, initially ditched Mace and the construction management route it was favouring.

The £2 billion project, officially called London Bridge Quarter, has been dogged by funding problems and just before Christmas had to be rescued by Qatari Diar – the state-owned real estate company that stumped up an undisclosed sum to keep the scheme on track.

QD then brought in Sir Robert McAlpine and EC Harris to run the rule over Mace’s bid to give a second opinion.