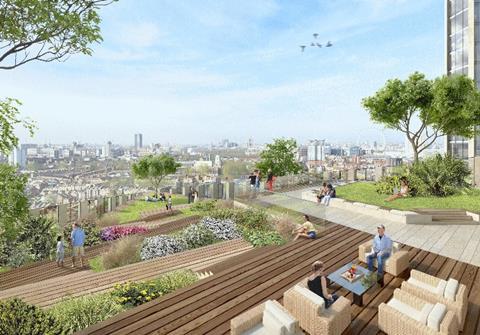 Dubbed a “cultural quarter” by the developer, the plans include a cultural and community space, a new elevated and publicly-accessible park (pictured) and the re-instatement of a “lost street”. The plans also include 500,000 sq ft of office space and 450 homes.

A public consultation will showcase the proposals at London’s South Bank University next week.

Geoffrey Springer, head of development at London & Regional, said: “This will be an iconic development, providing new cultural and community space and, most importantly, new jobs and homes.

“The development will also deliver new open space and a vastly improved public realm, strengthening the ongoing regeneration of Elephant and Castle.”