Make says its wants to break out of its London stronghold and design more buildings in the rest of the UK.

Earlier this year, the architect moved into a new studio in Fitzrovia in central London with the capital accounting for much of its work at home with high-profile schemes including its job at Leadenhall Street – nicknamed Gotham City – and its new building for Swiss bank UBS at 5 Broadgate.

In a strategic report accompanying its latest report and accounts, the firm said: “Our strategy is to maintain our strength in London but to also increase our presence in the wider UK market.”

Ken Shuttleworth’s firm said work in the rest of the UK throughout 2015 grew by 10% with new schemes in Manchester – where it is working on a twin tower scheme for footballers turned developers Gary Neville and Ryan Giggs – and Exeter which the firm said were fresh markets for the practice. It is also carrying out work in Birmingham and on a residential scheme in Oxford.

In August, the firm submitted plans for its major London job, a 37-storey tower next to Leadenhall Market, for developer Brookfield and the capital accounted for just under half of the 22 projects it had on site last year – with 12 being built in the rest of the UK and overseas.

The firm has a new office in Sydney and merged its studios at Beijing and Hong King into one at the latter.

The bulk of its work – just over £19m – is carried out in the UK with Asia the next best contributor providing £855,000 of turnover. 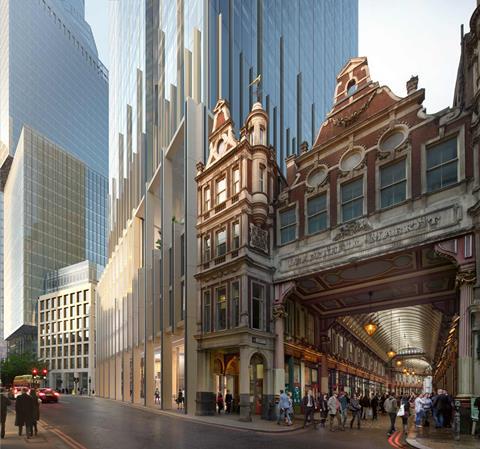