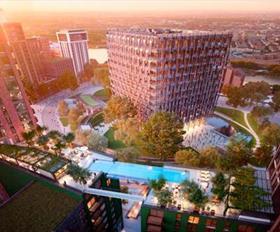 Malaysian-based property developer EcoWorld International has completed the first part of a deal for the 70% acquisition of Wilmott Dixon’s residential development business, Be Living.

EcoWorld, which is already working in joint venture with Ballymore on three residential projects in London, including Embassy Gardens (pictured) in Nine Elms and Wardian in Canary Wharf, is aiming to quadruple its presence in the UK. The deal was announced last month.

It will see the firms jointly develop 12 sites in Greater London and the south east of England, which have an estimated gross development value of at least £2.5bn.

The Stage 1 sites to be acquired are in the boroughs of Woking; Brent and Westminster; Barnet; and Hounslow. There are two in the borough of Barking and Dagenham.

There are two Stage 2 sites located in the borough of Hounslow, with the remaining situated in Bromley; Ealing; Lambeth; and Tower Hamlets.

The firms said those that have received planning permission will enable the group to progress with plans to launch them within a year of completion of the site acquisition.

EcoWorld is looking to develop both residential units for open market sale and enter the Build to Rent sector.

The price point forecasted for the buildings to be developed by the joint venture will range from £500 per square foot (psf) to £800 psf. EcoWorld said this broadens the price points currently offered by its existing portfolio of development projects and will allow it to tap into domestic and overseas investors in the affordable segment.

It added it will also be able to leverage Willmott Dixon’s relationships developed with key stakeholders and local authorities to possibly participate as a co-developer in off-market residential schemes.

Rick Willmott, chief executive of Willmott Dixon, said: “EcoWorld’s track-record in the UK and our shared ambition to create thousands of new homes through Be Living’s strong management team will create an exciting proposition for the residential market and is also a big vote of confidence in the future prosperity of our country as we get ready for Brexit.”

Tan Sri Dato’ Sri Liew Kee Sin, executive vice chairman of EcoWorld, added the deal with Willmott Dixon will “transform not just the size but also the scale and scope of our operations in the UK.”