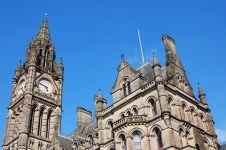 Manchester City Council has appointed five firms to a four-year framework that is set to cover schools and civic buildings work.

Willmott Dixon is the largest of the five to be named on the deal which is known as Framework One.

GB Building Solutions has also made it onto the deal which carries a price tag of £105 million although some estimates have put the final figure at £140 million.

The other firms on the list are believed to be Bramall Construction, Cruden and F Parkinson.

Work covers three lots with both Willmott Dixon and GB Building Solutions on the largest deal – which involves jobs priced £10 million and above.