MCG to set up Olympic jobs clearing system for schools 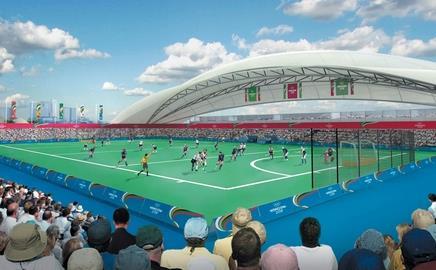 The Major Contractors Group (MCG) is to set up a clearing system to ensure that London school leavers are given the chance to work on the 2012 Olympics and its legacy.

According to the plan, which is still in the early stages of development, the MCG will acts as a portal for schools in the Thames Gateway that want to build a relationship with contractors. The MCG said the system would be similar to the UCAS process for university admission.

The scheme will help the MCG deliver on its commitments to youth and adult training for the Olympics. These include:

A seminar held last week between members of the MCG, including Andrew Wyllie, Costain’s chief executive, discussed ways in which young people could be encouraged to think of construction as a first-choice career.

Stephen Ratcliffe, director of the MCG, said: “The MCG is determined to ensure that the ideal of the Olympic legacy becomes a reality. Recruitment and training are at the heart of the sustainability of our industry and this seminar has established a strong platform to provide career guidance and opportunities for young people in the Olympic boroughs.”

The MCG said the system should be in place from the beginning of the 2007/08 school year.

For more on the MCG, search www.building.co.uk/archive