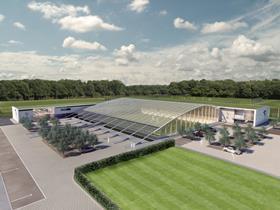 Contractor McLaren has reported a dip in pre-tax profit to £6.1m despite turnover rising 41% last year to £376.4m.

Kevin Taylor, chairman of the McLaren Group said the firm was pleased with the “strong performance” on the back of a “another challenging 12 months for the construction industry”.

Pringle said the UAE construction market was “now demonstrably on the path to recovery”.

“The volume and quality of opportunities received has markedly improved and our tender and marketing functions have been reinforced to cope with this increased demand,” he said.

During the last year the firm has built new studio facilities for Sky News and a data centre for technology firm Nova Corp in the region.

In the UK, the firm secured work on a number commercial office developments in London for developers British Land, Derwent London and Stanhope.

Plus, it is working on phase one of the redevelopment of Tottenham Hotspur’s stadium, following its completion of the club’s training centre.

Pringle said the firm would continue to grow its presence in the commercial office market as well as targeting more work on mixed-use projects, student accommodation, education, sports and leisure facilities.