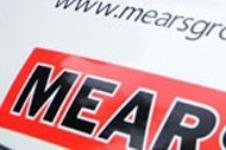 Mears this morning announced the purchase of Morrison Facilities Services Limited from its ultimate parent company, Anglian Water, in a move it said “reinforces Mears’ position as the leading social housing repairs and maintenance provider in the UK.”

Mears said the purchase would be “earnings enhancing” in 2013 and strengthened Mears’ ability to win large contracts, but warned the costs associated with “restructuring” the business would wipe out the benefits in 2013. However it said it expected the acquisition to be “materially earnings enhancing” for the group from 2014.

Morrison, which had revenues of more than £290m for the year to March 31 2012, has had a difficult twelve months, losing a major contract in Southwark and reporting a £7.6m loss for the previous year.

Building reported talks between Mears and Morrison over an acquisition in April, which Morrison described in a statement at the time as “entirely untrue.”

Mears said that the merging of the two businesses would force the loss of one of Morrison’s contract, which would be novated over to another Anglian Water–owned company to complete. Mears did not name the client for the contract, its value, or why the contract was being left out of the deal.

The acquisition is being paid for by £16m of cash and the issuing of £8m of shares.

The announcement came as Mears, which also provides home care services for the health sector, updated the city on trading, saying sales had been “solid” and that the firm’s order book remained in excess of £3bn. The firm said it had won £107m of social contracts since reporting results in July.

David Miles, Mears chief executive, said: “I am delighted to have completed the acquisition of Morrison at a price which fairly reflects its current profitability. This deal further strengthens Mears’ market leadership and contract profile in Social Housing. Given our strong operational platform and differentiated service delivery ethos, together with our ability to turn around businesses, I am confident that we will deliver significant improvements to Morrison’s contracts, customers, tenants and employees.”