Firms have until 26 July to apply

The Metropolitan Police has started the search for architects and consultants to fill places on its £40m construction consultancy framework.

Firms have until 26 July to send in expressions of interest for the four-year framework, which will mostly cover refurbishment schemes of Met Police property across the capital.

The framework’s five lots include a £21m design services lot, which has space for five architects, structural and civil engineers and building services firms. 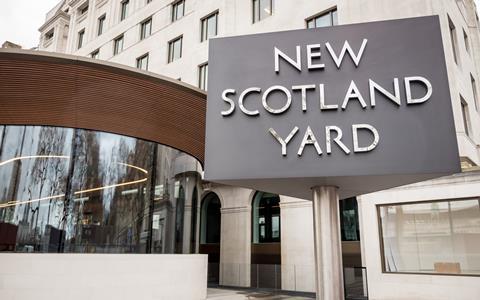 The four-year framework will mostly be for refurbishment jobs

Another three will be appointed to a £3m engineering design services lot for plant upgrades, data and security installations and small scale structural works to buildings including cladding works.

A single supplier will be appointed to a fifth lot for building control services with a value of £500,000.

Aecom, Mace, Currie & Brown, Atkins and Lendease were among firms to win spots on a similar £50m Met Police framework in 2019 for new build and refurb schemes.