More room: the demise of the ultra small flat 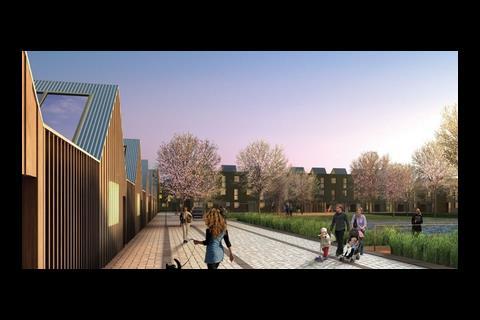 The Barking Riverside scheme in Essex, where the same space standards have been adopted for private and affordable housing 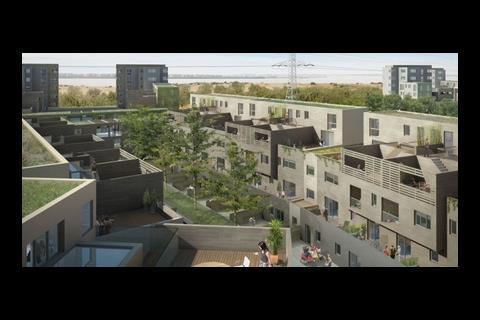 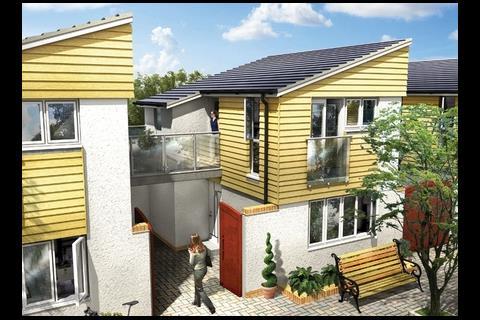 Barratt designs include one- and three-bedroom mews houses

The housing boom led to the rise of the ultra-small flat. But the crash in the market and new space standards are putting pressure on developers to come up with roomier designs at higher densities – at least for now

The mini-flat and the “McMansion” were two extremes of boom-time housing design. One used as little land as possible to keep prices down for first-time buyers in a heated market, while the other was a sprawling giant built at high speed fit for the age of the Chelsea tractor. But now their heyday has passed.

Statistics from warranty provider the NHBC show a move away from building detached houses and flats and towards terraced houses and semis. Detached houses made up 13% of homes started in the first quarter of 2009, their lowest level since 1982, and flats slipped back to their 2004 level of 42%. But terraced houses hit their highest level since 1993 and semis returned to their 1998 figure.

The major catalyst of this change is, of course, the crash in the housing market. The boom in flats, including very small ones, was partly fuelled by demand from investors who bought them either to rent or to hold empty and resell. The crash in property prices, reduction in buy-to-let mortgages and the reluctance of banks to lend on new flats that could fall further in value has slashed demand for these properties.

Moreover, the plight of the tiny flat is being exacerbated by a host of new regulations. The Lifetime Homes standard, which comes into effect nationally in 2013 for private housing, 2011 for social housing, and is already a planning requirement of some local authorities, broadly sets out rules for space and bathroom facilities to make homes easily adapted for people with mobility problems. In London, a new space standard has been proposed by the mayor for publicly funded housing from 2011. This states that flats cannot be smaller than 50m2, which would rule out some of the designs built in recent years.

As a result of these changing demands, housebuilders are starting to think about how their designs might respond. Crest Nicholson is just one in the throes of revamping some sites. Chief executive Stephen Stone says the firm is moving away from flats to two- and three-storey houses in some schemes. “Typically if we had larger developments with 60% apartments and 40% houses, that has roughly changed to 30% apartments and 70% houses,” he says.

Redrow too has told the City that it plans to move away from flats and towards family homes with higher specifications.

The move towards houses and away from flats will inevitably push down densities, which runs counter to government preferences and could hit housebuilders’ profits. In response, several housebuilders and architects have come up with higher density house designs.

Barratt is one big name that has gone back to the drawing board to bring out a range of homes aimed at first-time buyers that take up less space than conventional designs and could be built instead of low-rise apartment blocks (see box).

In five to 10 years, when this slump is a faded memory, I expect we will see some push towards the ridiculously small

Meanwhile, architect Levitt Bernstein has produced a range of three-bedroom houses to use as examples of what can be done at densities higher than the 50 homes per hectare used for many terraces. The designs will appear in the Housing Design Handbook by David Levitt, to be published next month. Some take up much less space than conventional terraces and so might work on city sites once intended for flats.

Levitt Bernstein has also been looking at housebuilders’ designs for the communities department to see how Lifetime Homes could be applied.

Julia Park, an architect at the firm, says some designs are getting rid of connecting spaces, like hallways, and making homes much more open plan. It’s an easy way to meet the Lifetime Homes standard without making homes bigger. “It gives more usable space, but for a family it means everybody’s guitar practice or tantrum is everybody’s business,” she warns. Park predicts that clever designs will be found that will meet the space demands of both private and social homes.

Some of the designs coming forward from housebuilders also aim for greater densities. One idea is to pack more homes on to the site by building three-storey single-aspect, back-to-back terraces so the houses don’t have back gardens and are tall and narrow. Some second-floor rooms at the back of the houses in the centre of the terrace do not have windows and so get light and ventilation through lightwells. These designs, though they allow more houses per hectare than occurs with traditional designs, necessitate some compromises, says Park. “It might not be for suitable for teenagers spending all their time in their bedrooms, but for a couple with an office and a spare room it is fine.”

Building private homes to the higher space standards required for social housing can have benefits in a recession. A number of developers have been able to sell private homes to housing associations to offload unsold stock. Dan Burr, associate partner and design director at architect Sheppard Robson, says homes in the Barking Riverside scheme have been designed to the same space standards to give the developers the option of changing the location of the private and affordable housing. “In the current market they could frontload it and build more affordable housing first while waiting for the private market to come back,” he says.

So, will this move towards slightly larger sizes and more rooms last? The move away from buying flats towards houses also happened around the property slump in the nineties. And we all know what happened next – the house price boom came and brought with it tiny apartments. Andrew Drury, managing director of consultancy HATC, does not think the current move towards more comfortably sized homes is likely to continue when the recession passes. “In five to 10 years when this slump is a faded memory I expect we will see some push towards the ridiculously small because underlying demand and supply is still out of balance,” he says. “The pressure in an unregulated market is to get smaller and smaller.”

Original print headline - My other house is a mini

Thinking outside the box

Housebuilder Barratt has brought out a range of houses aimed at first-time buyers. The “aspirations” range has been introduced as an alternative to low-rise apartments.

The houses are intended to maximise densities, although it will be difficult to reach the level achieved in apartment schemes. One- and two-bedroom “starter” houses like these had all but disappeared and been replaced by flats since the Building Regulations required a ground floor toilet in 1999, Barratt said.

The designs include one- and three-bedroom mews houses which save space by having terraces on roofs or over car spaces rather than gardens and ground floor bathrooms or ensuite toilets to conform to building regulations. The three-bedroom house is built over three storeys to give a small footprint.