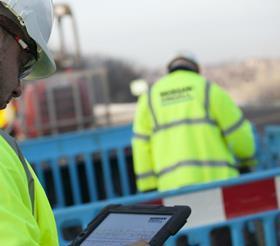 In a trading update ahead of its AGM being held in London later today the contractor said the division had moved into positive territory after last year’s £1.3m loss on turnover of £66m.

Operating margins across the construction and infrastructure division had also improved in the early months of the current financial year, building on 2017’s 1.5%. Last year the operation generated operating profit of £20.4m on £1.4bn of turnover.

The group’s Fit Out arm, which last year recorded £39.1m operating profit on turnover of £735m, was expected to deliver results in line with last year and higher than previously expected.

Partnership Housing and Urban Regeneration operations had progressed development schemes as planned, the group said, while the investments business had been boosted by the recent £2bn jv with Hertfordshire county council.

A strong order book of £3.7bn, a regeneration and development pipeline of £3.2bn and an expected average daily net cash for the year in excess of £70m meant the group could “look to the future with confidence”, according to chief executive John Morgan.