Morrell: Older buildings must be torn down 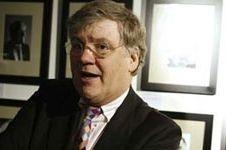 Many buildings from the sixties and seventies will have to be torn down if the government is to hit its target for reducing carbon emissions according to Paul Morrell, the government's chief construction advisor.

Speaking in an interview with The Times, Morrell said that there may be no choice but to demolish buildings put up in the period because it is impossible to refurbish them to a sufficiently high standard.

“In the sixties, everything was built cheaper, faster and nastier. If you are going to try to fix buildings, then really you won't have too many problems with anything built earlier than the fifties or after the eighties. Although you can do some things to buildings from the sixties and seventies, like replacing the roofs, there are probably some places that need to come down entirely,” he said.

Problem areas highlighted by Morrell include places such as Newcastle city centre, Slough and Aylesbury. “The buildings that pose the most difficulties are semi-industrialised, highly inefficient, badly insulated and so ugly that they are not worth refurbishing.”