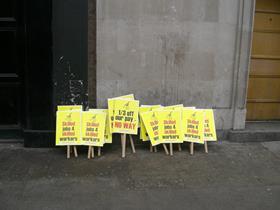 Contractor Morrison is to face a ballot for strike action today over its £235m repairs and maintenance contract with Leeds council.

Trade unions GMB, Unite & Ucatt will hold ballots for industrial action following what the GMB called a “breakdown” in talks over pay and conditions between the unions and Morrison Facilities Services, which was taken over by rival social housing contractor Mears Group last November.

Mears Group has proposed changes to the terms and conditions of workers including the introduction of performance-related pay on the five-year Leeds contract, which covers the upkeep of the social housing stock across the city and was won by Morrison in 2011.

Mears claims these are necessary, especially given that the local authority last year forced Morrison to sign up to a service improvement plan to tackle “failings” in the delivery of the contract.

However, the unions argue that the changes - which also have implications for pensions - would have “severe repercussions” for its members’ living standards.

The GMB claims that the performance-related pay scheme, set to be introduced next month, could see pay drop in some instances by “up to 40% of earnings”.

Rachel Dix, GMB regional officer, said: “It is with regret that we now embark on a ballot…but in the wake of changes which could have severe repercussions on our member’s living standards, we really have no other options

“We have sought and continue to seek clarification on the meaning of company intentions and we do want to reach a resolution with Morrison. But in the absence of concrete reassurances, our members have said that they are not prepared to stand by and allow such attacks to go unchallenged.”

Managing director of Morrison Tony Bower said: “Consultation with union officials is ongoing. We very much hope that we can resolve outstanding issues however ultimately we need to make changes to ensure that Morrison is delivering a value-for-money, high-quality service to Leeds’ residents.

“We await to see the results of the ballot and hope that strike action will not be pursued.  We do however have continuity plans in place and will work hard to ensure that the unions’ actions do not disrupt services to residents. ”