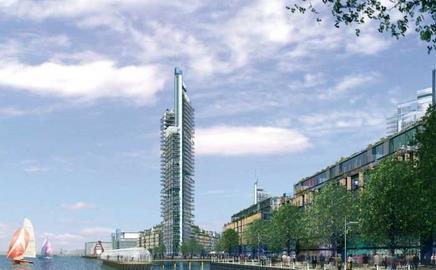 Plans for the £700m 3,500-home Convoys Wharf scheme in Deptford, south-east London, which floundered during the downturn, are back on track, as its new developer prepares to submit revised plans this month

Chinese corporation Hutchison Whampoa, which bought the 16ha site from News International in 2008, will make only minor amendments to the original 2005 masterplan by Richard Rogers Partnership. One of the biggest developments in the Thames Gateway, the plan included three towers of between 26 and 40 storeys, nearly 338,000m2 of residential development, 73,000m2 of offices and 7,000m2 of retail. The revised proposal will need to be approved by the mayor of London.

The Chinese firm, which has its roots in the dockyards of 19th-century Hong Kong, will start consulting with local residents over the next few weeks.

The new developer has brought in Aedas to replace Rogers’ practice – now known as Rogers Stirk Harbour + Partners – as the architect.

Mace and Hornagold & Hills were rumoured to be in the running to project manage Convoys Wharf in 2007 before the scheme was mothballed. Other consultants on the project were Buro Happold, Faithful + Gould, Bell Fisher and Montagu Evans.

Raymond Chow, managing director of Hutchinson Whampoa’s property group, said he was hugely excited by the submission. A spokesperson said it hoped to get back on site as soon as the planning process allowed.

The brownfield land was originally used by News International to receive imported paper. It is on the site of a former royal dockyard used to build ships for King Henry VIII’s navy.