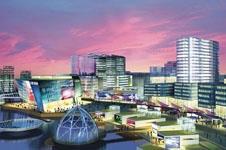 The BBC has been slammed again over a £100m overspend on the first phase of its redevelopment of Broadcasting House, this time by MPs.

The House of Commons Public Accounts Committee (PAC) report, Scrutiny of Value for Money at the BBC, was published today and highlights failings that “cost the BBC over £100m”. The investigation follows a report by the National Audit Office (NAO) last month into the overspend on the project

Like the NAO report, the committee also criticised project management on its projects in Salford Quays in greater Manchester and Pacific Quay in Glasgow.

The report said: “For none of the projects did the BBC set out at the outset a clear assessment of the intended benefits from its investment in a way that would allow achievements to be assessed.

“The BBC's editorial independence… does not absolve it from responsibility to deliver value for money. With that freedom goes the responsibility to make sure there is strong financial control. Too often there has been a culture where ends have overridden means.”

A BBC spokesperson said: "The three projects reviewed in the BBC Trust and NAO report into estates - Pacific Quay, MediaCity and Broadcasting House - are complex projects that have been designed to not only accommodate programme makers and technical facilities like studios, but to be enduring landmark buildings that the public have access to.

"Pacific Quay is already enabling the BBC to deliver better value for money, and we are confident that will also be achieved for the projects in Salford and London.

"These projects are now on budget and ahead of schedule and as well as savings of £172m from the sale of existing properties, once completed the total cost of property management at the BBC will fall by an £50m per year."