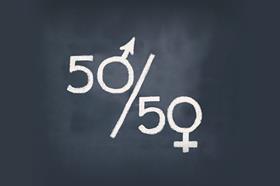 MPs are calling on the government to make smaller companies report their gender pay gap figures, potentially casting an even harsher light on the construction industry’s poor performance.

At the moment all UK firms with more than 250 staff are required by law to publish annual figures showing the pay gap between their male and female employees, with the results being published on the employer’s own website and a government site.

MPs from the the business committee, who have today published a report titled Gender pay gap reporting, said only around half the members of the UK workforce were expected to be covered by the present reporting requirements.

The report said the committee had seen evidence that the pay gap is larger in smaller businesses, leading to the call for “government to widen the net of organisations required to publish gender pay gap data to those with over 50 employees.”

This change could throw even greater light on the endemic gender pay gap issue within the construction industry, which was the second worst of any sector. The finance and insurance industry recorded the worst gender pay gap figures.

When the figures for last year were first published in April women working at the country’s biggest contractors were revealed to be substantially worse off than their male colleagues, with the numbers showing they earn close to one-third less an hour than men.

The biggest 10 firms from Building’s top 150 league table for the corresponding period payed women a median average of 25% less than men. The greatest discrepancy was at Balfour Beatty, the UK’s largest contractor, which revealed its pay difference was 33%.

Rachel Reeves, chair of the business committee, said: “Gender pay reporting has helped to shine a light on how men dominate the highest paid sectors of the economy and the highest paid occupations within each sector. Our analysis found that some companies have obscene and entirely unacceptable gender pay gaps of more than 40%.

“Transparency on gender pay can only be the first step. The gender pay gap must be closed, not only in the interests of fairness and promoting diversity at the highest levels of our business community, but also to improve the country’s economic performance and end a monstrous injustice.”