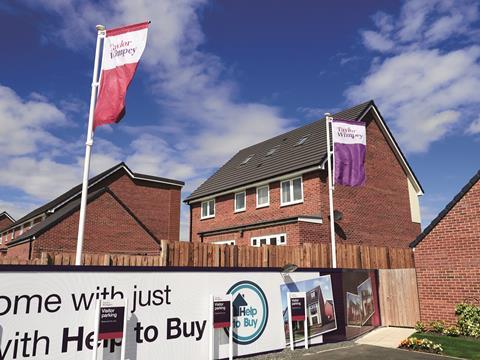 Women working at the country’s biggest contractors are substantially worse off than their male colleagues, with figures revealing they earn close to one-third less an hour than men.

All UK firms with more than 250 staff are now required by law to publish annual figures showing the pay gap between their male and female employees, with the results being published on the employer’s own website and a government site.

The deadline for submitting information was midnight last night, with the biggest 10 firms ranked in Building’s 2017 Top 150 league table paying women a median average 25% less than men. The greatest discrepancy was at Balfour Beatty, the UK’s largest contractor, which revealed its pay difference was 33%.

“Balfour Beatty is unfortunately reflective of the sector”

Balfour Beatty chief executive Leo Quinn admitted: “Balfour Beatty is unfortunately reflective of the sector, which is male dominated at all levels, but especially in senior roles. Beyond Balfour Beatty, there must therefore be a wider, collective effort to bring more women into the construction industry as a whole.”

Vinci had the biggest gap of the main contractors with the median gap coming in at 48.5%. In its gender pay gap report, the firm admitted: “The figures we have published demonstrate that women  are significantly under represented in our senior management positions, and, in particular, in our Top Quartile and Upper Middle Quartiles.”

But there was better news for women at Taylor Wimpey, with the housebuilder showing that women were earning a median average of 2% an hour more than men.

The firm, which said a third of its 4,732 staff were women, added: “The reason […] is that women are evenly represented across all wage brackets throughout the business.”

There were marked differences in the gender pay gaps at two of the country’s best-known private contractors, with the UK’s biggest privately owned contractor, Laing O’Rourke, reporting that its median gender pay gap was 8.8%.

But the median gap at Sir Robert McAlpine was 30% and in its gender pay gap report, the firm admitted: “[We have] a responsibility to do more to address the issue.”

The gap at 22 Bishopsgate tower builder Multiplex was even higher, at 47.2%.

Elsewhere, consultant Aecom – whose chief executive of its Europe business, which includes the UK, is Lara Poloni – said the median gap at its Ltd business was 21.9% while the difference at its infrastructure and environment arm was 21.2%.

Arcadis said the median average hourly pay gap between men and women was 25.7% while Turner & Townsend, which last month appointed Patricia Moore as its first female managing director of its £200m UK business, said the difference was 25.7%.

The firm said the gap was “driven by a low number of females within our UK business” which Moore said she planned to address. “It is our ambition to take a visible and committed position at the forefront of our industry in leading a way to gender parity in professions where women have been traditionally under-represented.”

The pay gap at the country’s biggest architect, Foster + Partners, was 10.5% while the difference at Zaha Hadid Architects was 19.6%. Clients such as HS2 and Crossrail reported gender pay gap figures of 25% and 33.2% respectively.

*Carillion (2nd on the Top 150 list) and Bloor Homes (34th) information not available. Where possible, Group figures, which take into account all employees and not solely the legal entities requried to report, have been included in the table

**Interserve Construction division. Interserve did not provide a combined figure for its entire group, of which there were 21 employing entities.

Upper quartile: % of women in the highest paid quarter of staff

Bonus: % of women receiving a bonus

Figures for Barratt Developments were included in the original story.

Barratt Developments is the housebuilder’s group support function which employs 300 people and had a median pay gap of 34.2%.

The firm has asked us to point out that its main business, BDW Trading, which employs 5,500 people, had a negative median pay gap of 0.8% – in other words, it paid women at this business 0.8% more than men. Barratt Developments UK, which covers all 100% of our employees under the umbrella, had a positive gender pay gap of 1.6%.