Nearly half of workers want to change jobs

Stuy of more than 2,000 construction professionals finds nearly 50% are hoping to leave their current employer in the next year 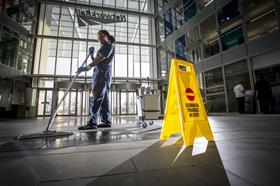 Professionals in the built environment are becoming increasingly bold in their career expectations as the sector recovers, a new survey suggests.

According to a survey of more than 2,000 industry professionals, almost half (47%) are hoping to leave their current employer in the next year in search of better remuneration, benefits and promotion prospects.

The study also found that more than half are unhappy with their current salary (58%), benefits (60%) and promotion prospects (59%).

Just 9% plan to stay in their present job for longer than two years.

Rob Searle, commercial director of CareerStructure.com, the organization behind the survey, said: “Jobseekers are clearly eager for more in 2014. As industry confidence grows, the desire for change will build so we expect to see a lot of switching in 2014.

“Employers will need to work harder than ever to retain their talent, as jobseekers consider locations abroad and at home which offer bolstered remuneration packages.”

The survey also found that built environment professionals in oil and gas were more satisfied than most, and among the top earners in 2013 with 10% earning £100,000 or more.

Professionals in building services were found to be the least prosperous, with 21% of workers on £15,000 or less each year, compared to an industry average of £38,625.