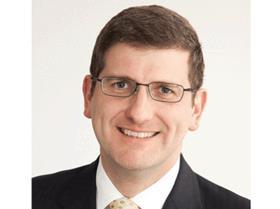 Network Rail said today that it has appointed Dr Francis Paonessa as managing director, infrastructure projects, to replace Simon Kirby, who is leaving to take up the role of chief executive at HS2.

He will take up his new role in June.

Mark Carne, Network Rail chief executive, said: “The scale and complexity of Network Rail’s investment programme makes this one of the most challenging and exciting roles in Britain today.

“Francis brings with him significant leadership experience from the rail industry, including a strong focus on both workforce and passenger safety.”

At Bombardier Transportation, Paonessa leads the combined new build and services business in the UK, employing around 3,700 staff at eight Bombardier sites and 23 customer locations.

He initially joined Bombardier in 2010 as president of UK rolling stock, where he managed the new build facility in Derby, manufacturing mainline and underground trains for the UK and for export.

Dr Paonessa started his career with shipbuilder Vosper Thornycroft in 1992, initially as a mechanical design engineer.

He undertook a number of line and project management roles prior to his appointment as technical director and subsequently managing director of the Portsmouth Shipbuilding Facility.

Prior to this he studied Aeronautical Engineering at Manchester University, where he also completed his PhD in Fluid Mechanics.

He is a Chartered Engineer and a Fellow of the Institution of Mechanical Engineers.