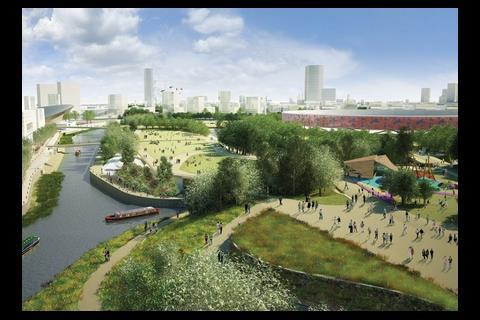 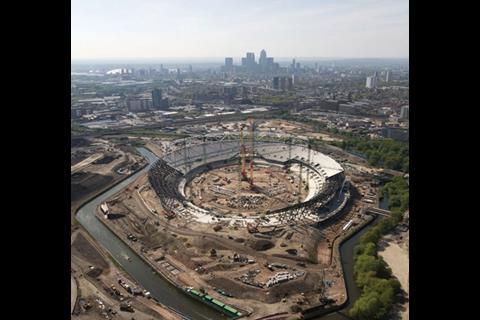 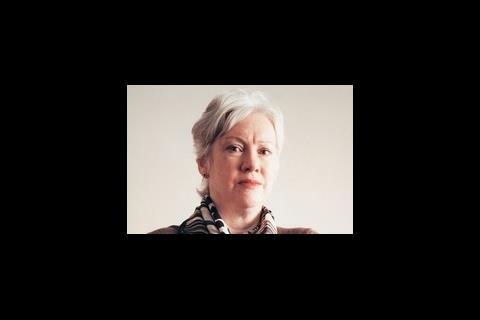 In her first interview since becoming chair of the Olympics legacy company, Margaret Ford explains the need for a review of post-Games planning

Margaret Ford
The submission of the planning application for the development of the Olympic park this summer has become the latest part of a major re-think on the post-Games legacy, according to the chair of the new legacy company, Baroness Margaret Ford.

Ford, in an exclusive interview with Building, said she was going to spend the time between now and the end of the year reviewing the plan to build 10,000 homes in the Olympic park after 2012.

Instead of submitting a “legacy” planning application this summer, she said she now expected an application to be submitted in the spring of 2010. She said: “I want far more work to be done with the sporting bodies and with the five boroughs.”

The change is just one of a raft of measures Ford is contemplating since assuming the role. Other changes include:

Ford’s desire to keep the £547m stadium at full-size chimes with her overall vision for the park. She feels that existing plans do not make enough of the sporting legacy of the Olympics, seen as the best way to bring visitors and investors into the area after 2012. “I think at the 80% level the masterplan is absolutely excellent. But it’s really about trying to pull that together in a way that the Olympic legacy sings out, and I’m not sure it does that at the moment.”

In particular, Ford said she is keen to use the expertise of her new chief executive, Andrew Altman, in reviewing the plan over the next few months. She said: “We‘ve got a genuinely world-class guy here who’s core competency is place-making, so we really want him to come with a fresh pair of eyes.”

Baroness Ford is one of the few members of the House of Lords who needs little introduction to a construction audience. As chair of the regeneration agency English Partnerships, she was for the best part of five years John Prescott’s closest adviser on development and building, and was deeply involved in the sale of the Millennium Dome that has ultimately led to the success of the O2 centre.

Appointed in April to lead a new company to take control of the legacy of the Olympic park after the Games, she is now bringing her considerable experience, determination and political clout to bear on the problem. The company, which is independent of government but reports jointly to the mayor of London Boris Johnson, Olympics minister Tessa Jowell and communities secretary John Denham, will be fully up and running in the next few months.

Ford has decided to look again at the plan to reduce the stadium from 80,000 seats to 25,000 after the Games, despite the continuing concern about leaving a costly, empty “white elephant” post 2012. Ford hopes a full-scale stadium can be made to pay by converting it into a major sporting-themed visitor attraction, possibly a British Olympic museum, even if the athletic events, which will be held there, will not fill all the seats. She said: “I want to see what else we can do in the undercroft of the stadium in terms of bringing visitors there to provide a great sporting experience, and a great sporting facility for local people.”

She is also refusing to rule out re-opening negotiations with premiership football clubs to take on the stadium, despite the previous failure to agree terms, largely because of the running track around the pitch. She said: “Nothing’s ruled in and nothing’s ruled out at this stage. We could revisit the football idea.”

But she’s careful not to suggest her plan is dependent on football. She said: “What I’m not saying is that you have to have an anchor tenant that’s a football club. Between now and Christmas we’ll be looking at some exciting alternative uses, but also how we make it pay.”

Ford has also talked with John Armitt, chairman of the Olympic Delivery Authority, about whether proposals to wrap the 80,000-seater Olympic stadium in a screen upon which video and other moving images are played during the Games, could be made permanent. Currently the wrap, suggested last year following criticism that the stadium’s design was bland in comparison with the Herzog & de Meuron “Bird’s Nest” stadium in China, is being considered as a temporary addition.

She also admitted Olympics bosses are in negotiations with the Treasury over the schedule of debt repayments after 2012 on the £600m borrowed to buy the Olympic site.

Ford said she expected a deal with the Treasury in “the next couple of months”, following concern that the promised regeneration might be compromised by a need to sell off land quickly to the highest bidder to fill Treasury coffers. In total, the London Development Agency has spent more than £1.16bn on the 246ha Olympic site, more than £600m of which came from borrowings or national lottery money and is meant to be repaid.

Ford said: “I’ve had absolute commitment from all my shareholders in the government that we will have a debt repayment profile that will allow us to have time to plan and build value in the park. I’m assured my ability to do the job will not be compromised by the burden of debt repayments.”

When agreed, the deal will see the new Olympic legacy body actually own the site following the Games. Ford says she hasn’t decided what development models will be used, but she is clearly nervous that the market is not right for joint ventures in the mould of the Greenwich Peninsula regeneration. She said: “I think the model will be much more like we used more widely with EP, when the sites were got ready, pre-investment in infrastructure was made, and then we worked with the private sector to come in and develop those sites.”

Ford is at pains to say how impressed she is by what she has already seen. “If people had suggested 10 years ago that a project of this complexity could be run by a public sector company in this way,” she said, “they’d have just burst out laughing. I hope now we’ve demonstrated beyond doubt that when you’ve good, focused organisations and competent people, we get this stuff done really well“.

It’s a credit to the construction industry.”