Index returns after being postponed by covid

The Canadian firm bested its UK rival in the survey which was put on hold last year because of the covid-19 pandemic. 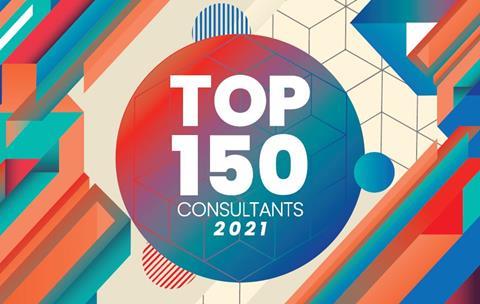 WSP has moved up from eighth place in 2019, the last time the survey was run, while Mott MacDonald slips a rung to second. US giant Aecom rounds out the top three.

Others to make the top 10 include Turner & Townsend, subject of a £960m bid for 60% of the business from US property giant CBRE, along with Gardiner & Theobald and Gleeds.

T&T’s suitor moves up two places to 17th position while another UK firm that now has US ownership, Hoare Lea, is a place below.

The biggest project manager remains Mott MacDonald followed by T&T and Arcadis while Foster & Partners, which this week announced a Canadian investor has snapped up a “significant” stake in the business, stays as the biggest architect followed by BDP and AHMM, the practice of current RIBA president Simon Allford.

The survey also asked firms about their expectations for the future with more – 47% – saying margins were heading north as opposed to flat or down. And 90% said they planned to increase staff numbers in the year ahead.

Covid’s impact is also assessed with 79% saying they expect staff to be doing some home-working although two-thirds said they had no plans to reduce office space in the coming 12 months.