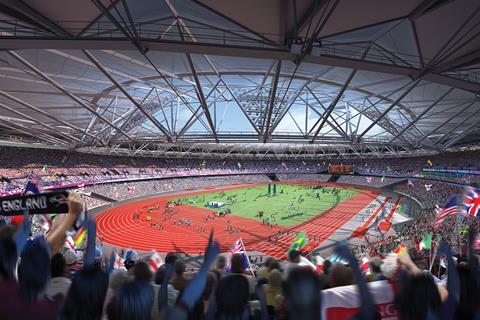 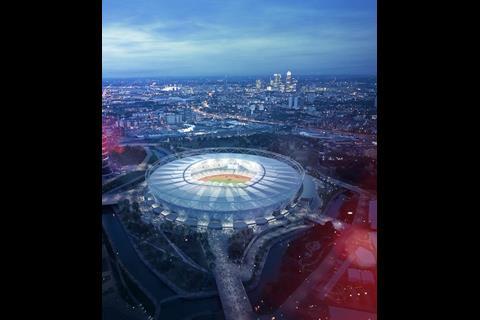 London’s converted Olympic stadium will have one of the largest spanning tensile roofs in the world.

The redeveloped roof design – drawn up by original stadium architect Populous - boasts a gravity-stressed structure spanning 84m and providing cover for football fans sitting above the existing running track once the stadium becomes the home of West Ham football club in 2016.

The latest images of the project was released to Building this week by client the London Legacy Development Corporation.

As Building revealed last month, London Olympic stadium builder Sir Robert McAlpine is vying against four other shortlisted contractors including Balfour Beatty for the job of converting the venue into the home of West Ham football club.

Sir Robert McAlpine is also up against ISG, Buckingham Group and Shepherd Construction for the main shell-and-core contract, which according to construction database Barbour ABI is worth £100m.

The main contractor role was first advertised last December with a winner to be chosen by the end of this year.

Mace has already been appointed as project and programme manager for the work while Buro Happold is structural engineer and the architect is Populous.

The overall value of the legacy work is estimated to be between £150m and £190m in total.