Seamus French to succeed Ray O’Rourke at end of summer

Laing O’Rourke chief executive-elect Seamus French started work this week with the 59-year-old Irishman set to take over from Ray O’Rourke at the end of the summer.

French, who has been a non-executive at Laing O’Rourke for the past 18 months, started on Monday as managing director of its £1.6bn turnover Europe hub.

His contract will run for three years and is widely expected to steer the country’s largest private contractor to becoming a public company with O’Rourke saying last summer the £2.5bn turnover firm is eyeing a float by 2024. 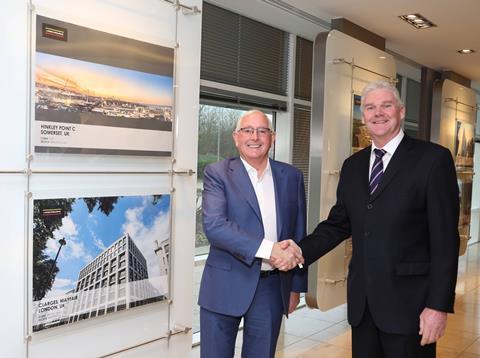 O’Rourke, 75 this month, will step down and join younger brother Des as a deputy chairman in September – 45 years after setting up his concrete business and two decades after the transformational deal which saw the firm pick up Laing Construction in 2001 for £1.

Speaking about French, O’Rourke said: “He is a world-class executive and his strong plc background and experience of leading international operations will help us continue to improve our performance and deliver long term growth.”

Earlier this month, Laing O’Rourke said it had been lined up to build a £150m humanities block for Oxford University. And yesterday Building reported the firm is favourite for a mixed-use scheme in London’s West End with the contractor tipped to beat rival Sir Robert McAlpine to the £150m deal for developer Derwent.

French has joined from mining giant Anglo American where he spent 14 years.