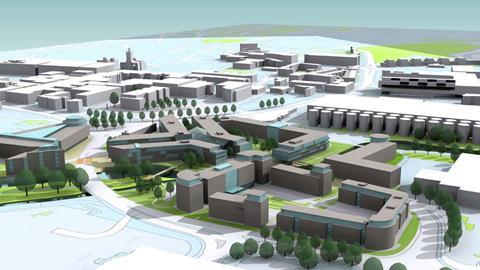 Over 14,000 jobs could be created if Northampton Waterside is approved by central government

A large site in central Northampton has been put forward as an enterprise zone for the South East Midlands.

Northampton Waterside was selected by the Board of the South East Midlands Local Enterprise Partnership (SEMLEP), and the proposal will be submitted to the government later this month.

The sites lies along waterways close to the city centre, and could create up to 14,000 jobs and hundreds of businesses according to SEMLEP. Engineering has been identified as a key growth sector in the region, with companies such as Cosworth, Mercedes Benz and Mugen Motorsport already in the area.

David Palethorpe leader of Northampton Borough Council said: “Northampton has a proven track record for growth and enterprise and this Enterprise Zone initiative is the stimulus we need to create thousands of new jobs bringing prosperity to our town and the wider SEMLEP area.”

SEMLEP considered eight enterprise zones, including sites at Silverstone and Rockingham, and it says opportunities in these sites would be supported as part of the businessplan for Northampton Waterside.