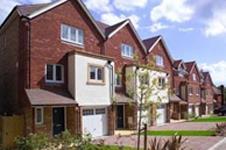 Oakdene has remained defiant over the future of the company, despite the Royal Bank of Scotland having called in an estimated £85m debt-pile.

The UK housebuilder's shares were pulled from the Alternative Investment Market yesterday after the company announced it had failed to strike a refinancing deal.

This has sparked fears that the company will go under.

Contacted by Building, an Oakdene spokeswoman for chief executive Carl Turpin said: “I don't know why anyone would think we were going under.”

The future of the company was called into question in October last year, after it became the first listed housebuilder to breach its banking covenants.

The breach followed the firm's £6.4m loss in the first six months of 2008 and the admission that it had failed to raise £5m from a share placement.

At the time, Turpin assured investors that a refinancing plan would be put in place quickly, but there has been no news in three months.