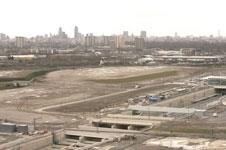 Olympic builders have not yet been given sufficient sustainability targets, according to the Games’ green watchdog.

The Commission for a Sustainable 2012, which was set up to report on the Olympic Games’ environmental progress, wants green construction targets to be more defined than in the newly-released Olympic sustainability plan.

Alison Nimmo, the Olympic Delivery Authority’s design and regeneration director, revealed that contractors had managed to recycle 97% of demolition waste so far on site.

But the Commission says more focus should be paid to setting targets for construction waste for when the main build begins next year.

The report said: “The ODA sustainable development strategy is a high level document with insufficient detailed targets in some areas to drive the process. There will be a need to develop more specific targets.”

Commission chair Shaun McCarthy added: “At the moment there is less engagement on sustainability in the ODA than there is at LOCOG. But we are confident that the ODA’s sustainability team is becoming more influential, and that needs to continue.”

The Commission also expressed concern that Olympic contracts were being costed on a whole life basis when the legacy role of the venue was unclear. McCarthy said this was particularly problematic on the 1.3m sq ft Media Centre.

He said: “On venues as large as the Media Centre, it’s very hard to make costing decisions like that without knowing exactly what it will be after the Games. We don’t want the sustainable element to be discounted.”