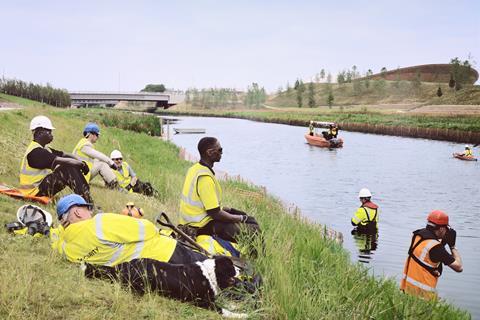 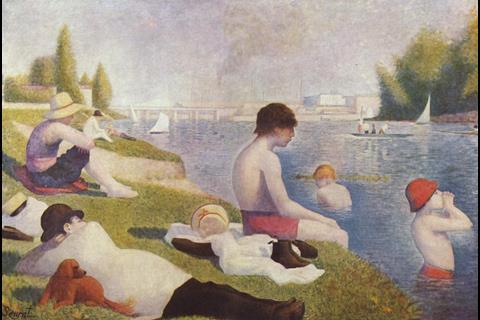 An artist working on the Olympic Park has paid tribute to the workers building the London 2012 Games by recreating his own version of an iconic painting by French post-impressionist Georges Seurat.

The photograph forms part of the Olympic Delivery Authority’s (ODA) Art in the Park programme.

The original was painted by Seurat in 1884 on the banks of the River Seine near Paris.

John Armitt, ODA chairman said: “The ODA’s Art in the Park programme has strived to commission original and meaningful works.

“Neville Gabie’s unique take on Seurat’s 19th Century masterpiece will capture both the imagination and attention of art lovers as well as all those who have worked on the Park.

“It is a fitting tribute to everyone who has worked so hard to ensure the project will finish on time, within budget and to an excellent standard.”