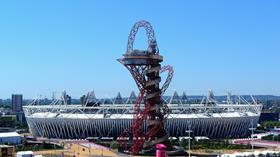 The London Legacy Development Corporation has begun taking over the Olympic Park, kicking off the £292m redevelopment programme.

The newly-created Queen Elizabeth Olympic Park will begin to open to the public from July 2013 and will ultimately deliver up to 11,000 new homes.

Most of the temporary structures have already been removed in the six weeks since the Paralympics closing ceremony.

Locog is also preparing to hand over the Olympic Village to the Olympic Delivery Authority so that it can be converted into 2,818 apartments and houses, to be known as East Village.

The handover came as ministers revealed a £480m surplus in the government’s Olympic budget from savings and unspent contingency.

Seb Coe, Locog chair, said: “We have now begun the first chapter of the lasting legacy we promised when we bid for the Games.

“We began our work straight after the Games to transform the venues, parklands and facilities in the Olympic Park to ensure generations to come will benefit from a golden summer.  I congratulate my team for taking out all the temporary structures so quickly so that the job of transformation continues quickly.”