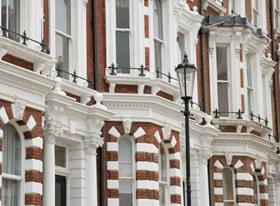 More than a third of under-construction ‘mega basements’ in three of London’s wealthiest boroughs have failed safety checks, the Health & Safety Executive (HSE) has announced.

Prompted by concerns about poor safety standards on projects to extend wealthy properties underground, the HSE undertook two days of unannounced inspections on projects in Hammersmith and Fulham, Kensington and Chelsea and Westminster last month.

The HSE issued enforcement action on 36 of the sites – an overall rate of 34%.

The majority of the prohibition notices related to unsafe work at height, with dangerous excavations also an area of concern. Inadequate welfare provision accounted for three quarters of the improvement notices.

Despite the poor standards found, the HSE’s lead inspector said there were signs of some improvement, as contractors who had previously engaged with HSE had made improvements, while the poorest standards were identified among firms which were previously unknown to inspectors.

Common issues found during the inspections were: