Laing O’Rourke has formally been awarded the deal to build a 55-storey tower in Salford.

As tipped by Building in February, the firm beat Sir Robert McAlpine to build the residential block called One Heritage Tower. 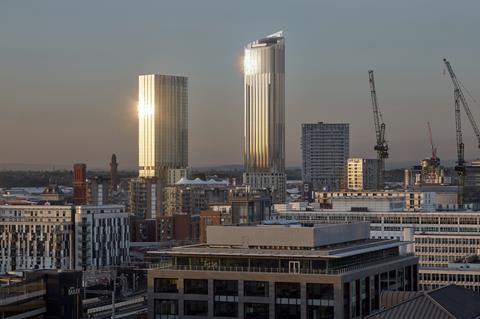 Work on the tower (right) will start later this summer

The overall value of the deal is £160m with the construction contract understood to be worth around £115m. Client on the scheme is One Heritage Property Developments, a Hong Kong-based investment fund.

The job, which has been designed by OMI, won planning in January and will include 545 apartments, gym, commercial space and a residents’ library.