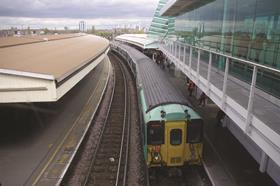 In Network Rail’s recently published list of its top contractors Osborne headed a list of 36 firm with a score of nearly 4.5 out of 5.

The second and third ranked contractors were Birse Rail and J Murphy and Sons respectively.

The lowest ranked contractor was Buckingham Group, which scored under 3 on the Network Rail PRISM scoring system.

Well known names including consultant Aecom, contractor Amey and contractor Volker Rail were also towards the bottom of the list.