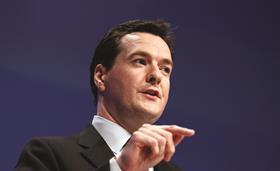 Chancellor George Osborne is set to unveil a local growth fund in today’s spending review announcement, according to reports.

The Financial Times expects a £2-3bn sum to be announced for which England’s 39 local enterprise partnerships will be able to bid.

The sum is likely to disappoint regional business leaders. Lord Heseltine called for £70bn of business support for the regions over four years.

The Chancellor is only expected to announce a figure for 2015-16 today.

The Spending Review is likely to unveil new investment in infrastructure, although detail on capital spending commitments is expected to be announced tomorrow rather than today.