Over 100 supporters for Green for Growth campaign

Trade bodies, architects, contractors, clients and consultants among firms to sign up to Building’s campaign

More than 100 individuals and organisations have already signed up to Building’s Green for Growth campaign, just one week after its launch.

The signatories include industry bodies representing a large proportion of the construction industry, such as the Construction Products Association and the RICS.

In addition client bodies such as the British Property Federation and the Home Builders’ Federation have signed up to pledge their support to the campaign.

Building’s campaign is designed to put pressure on the government to consider or reconsider a variety of measures to boost the green economy, following widespread concern that the government is watering down its commitment to sustainable development because it does not accept that it can be used to drive economic growth. It was launched with the backing of the CBI and the UK Green Building Council.

In addition, the Better Building Partnership, a consortium of blue-chip clients including British Land, Canary Wharf Group, Grosvenor, Hammerson, Prupim, Land Securities and Transport for London, has endorsed the campaign.

Support has also been given by built environment think-tank the Edge, which includes luminaries such as Robin Nicholson from Edward Cullinan Architects, Chris Twinn from Arup, Lynne Sullivan from Sustinable by Design and Mark Whitby from Davies Maguire + Whitby among its members. 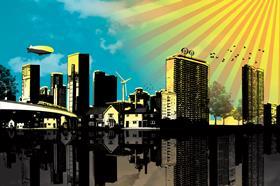 What supporters are saying about Green for Growth: