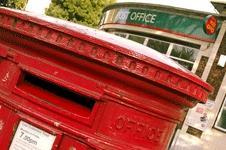 A contractor found guilty of bid-rigging in the Office of Fair Trading inquiry has been denied the opportunity to appeal its fine following a postal error.

The last day for lodging an appeal to the Competition Appeal Tribunal was 23 November, but the Tribunal Registry did not receive Fish Holding's notice of appeal until 26 November.

Mr Justice Barling, president of the Competition Appeal Tribunal, said the application had been refused an extension of time, because the tribunal had been based at its current address since 2003.

He added that the Fish Holding's representatives were “rather optimistic in relying upon the commercial guarantees offered by Royal Mail in order to ensure that the notice of appeal was receive by the tribunal in time.

“I do not think that what happened when the documents arrived at the Carey Street address, already a day out of time, can properly be described as unforeseeable,” he said.

“Moreover, experience showed that in circumstances where the time remaining for lodging documents was very short the only way to be sure that an important document reached the tribunal in time was to arrange for personal delivery.”