Profit rockets at Zaha Hadid on back of global growth 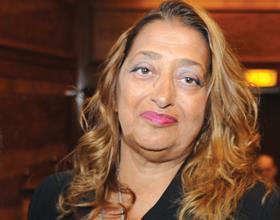 The firm carries out just £1.5m of its near £37m revenue in the UK with the volume of work undertaken in its markets outside Europe rising in all markets.

Revenue in Asia Pacific, where the Galaxy Soho office and retail scheme in Beijing was completed in 2012, and the Middle East were also up but work in Europe slipped by £520,000 to £8.6m while revenue in the UK crashed from £4m to £1.5m – a fall likely to have been as a result of its work on the 2012 Olympics aquatics centre coming to end.

In the firm’s directors’ report, Hadid said: “ZHG [Zaha Hadid Group] has achieved significant success in established and developing markets and completed seminal projects that demonstrate the practice’s commitment to the highest standards of design and innovation.”