Public building project of the year 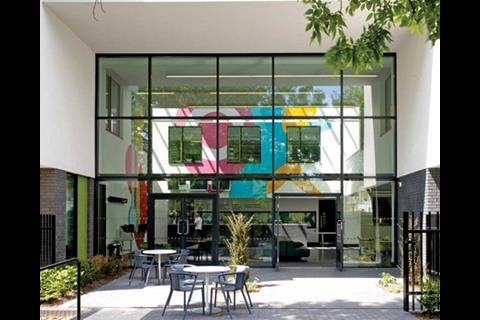 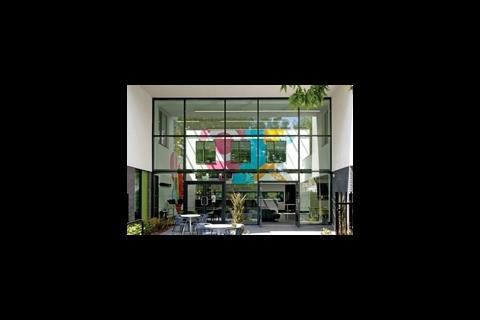 Kentish Town health centre is proof that LIFT procurement doesn’t necessarily lead to mediocre results. The scheme had the benefit of an enlightened client teamed up with a premier league architect and conditions in the contract that stopped the design being watered down. The centre offers a broad range of services including a GP practice, dentistry and mental health facilities. The building has a triple-height central street with surgeries off to the side that helps with orientation and lighting, as well as making patients feel they have come somewhere special. Bold graphics help with wayfinding and provide welcome bursts of decorative colour. Specifications as simple as magnetic nameplates for doors and individual trolleys for doctors’ equipment mean the consulting rooms are always in use.

The entrance to this academy reveals its origin as a church school: a giant fish is carved into the timber facade. It is actually a three-for-one project, with a secondary and primary school and nursery on one site. The solution to fitting them all in was to stack the sports hall over the assembly hall. This reads as one building externally but the two are structurally independent, so noise isn’t transmitted. The roof hasn’t been wasted either – there’s a games area up there.

Entered by Mace Plus and Feilden Clegg Bradley.

Edinburgh’s Royal Botanic Garden has always lacked a place where visitors can get something to eat, buy gifts and find out about its work. This timber, glass and crisply cut slate building is the answer. It makes the most of its setting: its glazing allows uninterrupted views over the garden. Rainwater harvesting, a biomass boiler, a wind turbine and PV panels should earn it an A environmental performance rating.

This facility pulls art and design teaching from four separate sites and houses them by Liverpool’s famous Metropolitan Cathedral – which presented the architect with a challenge. The response was a serpentine curve that is perfectly aligned with the cathedral behind. It has a glazed central atrium that offers students clear views of the cathedral as well as providing an uplifting space in the heart of the building.

Hackney’s City academy has achieved an EPC A rating, despite living next to a noisy main road. The solution was a noise-reflecting glass rainscreen set in front of the main cladding at first and second floor levels. Heating is provided with a ground-source heat pump. Willmott Dixon handed the project over on budget and two weeks early despite a six-week delay at its start.

Shipping containers are sustainable because more arrive in the UK than go out. And they’re the right size for housing and offices – but how could something 12m long and 2.5m wide be used to build a sports hall? The answer, quite simply, was to arrange the containers in a rectangle with a void in the middle for the hall and stick a roof on to keep the weather out. Thirty containers make up the building and are used to house changing rooms and administrative areas.

This brightly coloured little building in a quiet side street pulls together a nursery, an adult education centre and childcare facilities. The building follows the idea of a protective walled garden with gabion walls on the north–south perimeter of the building. Despite the limited space, the project has a small courtyard at its centre that brings natural light into the building and doubles up as a social space. The end result is simple and successful – the facilities are massively oversubscribed.

A nasty sixties concrete office block designed in an age when planners thought cars were the only way of getting around has been transformed into an ultra low energy home for Hampshire council. Bennetts Associates naturally ventilated the building by drawing air from the former car park in the centre of the development through the building and up specially developed ducts.