Project/construction manager of the year 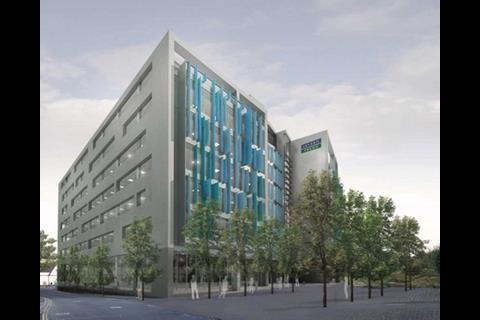 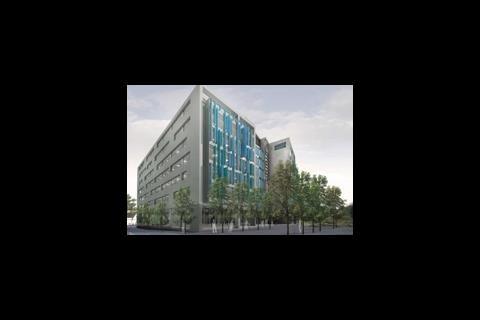 The winner of this award has just burst onto the European scene, and is in the process of dramatically rearranging it – so expect to hear even more from it next year …

This international powerhouse of a multidisciplinary consultant has been capturing markets across Europe and the CIS over the past few years, and wherever it’s gone it has shaken up the established firms with its own special way of doing business. This means, in the words of our awards judges, “substantial mergers, absolute integrity and a drive to integrate project management with services”. In the UK there has been the merger with Faber Maunsell and victories in a number of high-profile, high pressure projects such as Crossrail, the extension to the British Museum and Severn Trent’s Coventry operations centre (pictured). But that is only the UK. Other remarkable schemes are going ahead as far afield as Baku in Azerbaijan, where the 800,000m² Crescent scheme will reshape much of the city, and Abu Dhabi, where a new community is being created in Saadiyat island, complete with Louvre, Guggenheim and national museum. And this global reach has had a direct benefit for Aecom’s UK staff, 40 of whom were relocated to thriving overseas markets rather than suffering redundancy.

Building’s 2010 Consultant of the Year amassed a formidable set of battle honours in 2009. Among many highs in 2010 £600,000 was saved on the Langley Green hospital in Sussex: after all, any pressure that can be taken off the public purse is going to be a big help to everybody in the next few years. Just as important as delivering a project is not delivering it, if the financial equations can’t be satisfactorily resolved, and Cyril Sweett offers a robust assessment of a scheme’s viability before work starts. Add that to its asset rationalisation strategies, its market forecasts, its economic studies, financial modelling and risk analyses, and you have a service that any client can place its confidence in.

“Mace successfully provided a combination of project management, cost management and construction management services with which we were very pleased. The quality of the Mace team was of the very highest standard.” So said British Land, a developer that has got to know a consultant or two over the years. And the company has made sure that that expertise translated into more work in more places by form an International Development Unit to promote British expertise in international markets. In its own case it has increased the number of countries it is working in from 36 to 49, including contracts in relatively unlikely, but increasingly important markets such as Syria and Vietnam, and high-profile appointments at Doha International Airport in Qatar and the Lekk Airport masterplan in Nigeria.

This firm is very much the odd one out in this shortlist, being a fraction of the size of its competitors, and working largely, but not exclusively, in the South-west. It made the grade by punching well above its weight: the judges were impressed by its 16% growth, its 86% repeat client rate, its ability to capture large and demanding clients, such as the Health Protection Agency, the fact that all of its staff have a master’s degree and its use of innovative client management techniques, which mainly takes the form of the psychological profiling of both its, and their, staff, the better to match the team with the customer. One scheme that allowed Provelio to show just what it could do was an unusual project to stabilise a network of shallow mines for Bath and North East Somerset Council. Despite the novelty and complexity of the project, programme savings of six months were delivered.

Britain’s second largest project manager has weathered the recession with remarkably few ill-effects. True, turnover is down a little, but profitability has been preserved, as have the wages – and jobs – of its staff. Indeed, it is now in the process of recruitment. This kind of performance is only possible from a business that (a) has the fundamentals right, and (b) can adapt to take account of new circumstances. When it comes to adaptability, consider T&T’s development of the “gateway contract” to address clients’ concerns that two-stage tendering wasn’t delivering the lowest possible costs, and its investment in a global e-learning system to provide access to a range of high-quality course and videos to all staff, regardless of their location or status.