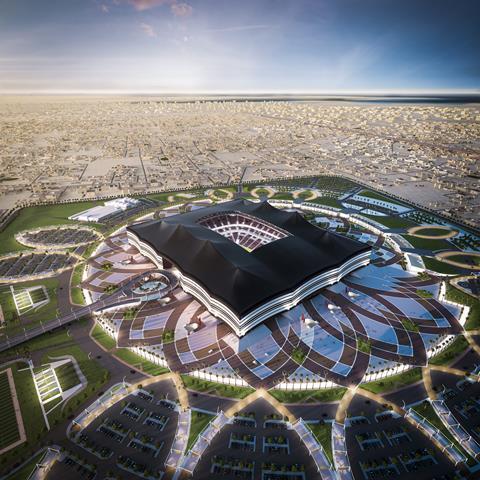 The organisers behind the Qatar 2022 World Cup have unveiled designs for a second proposed stadium, the 60,000-seat Al Bayt Stadium in Al Khor City.

If the tournament proceeds as planned the stadium is penciled in as a semi-final venue.

The design of the stadium is modelled on Bayt Al Sha’ar, a black-and-white tent traditionally used by nomadic people in Qatar and the region.

The stadium’s upper tier of seats will be removed in legacy mode.

The next phase of construction is expected to begin in July, with an estimated completion date of 2018.

Dar Al Handasah is the design consultant, Projecs is the project manager and Aspire Zone Foundation is the delivery organization.

Construction has already begun on the first stadium, the Zaha Hadid and Aecom-designed Al Wakrah stadium. 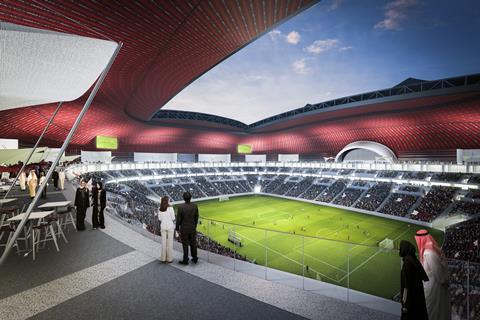