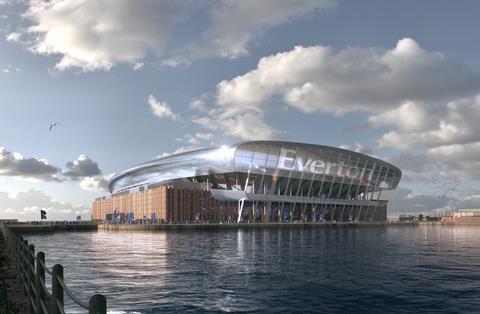 Pattern has been appointed to help design Everton’s new stadium, it has emerged.

The sports specialist, which worked on the 40,000-seat Al Rayyan Stadium in Qatar, was brought in for the design phase of the 52,000-seat project which will see the Toffees move from Goodison Park to Liverpool waterfront after 130 years.

Pattern, which has offices in London, Edinburgh and Lima, after designing this month’s Pan-American Games in Peru, is working with US architect Dan Meis.

Meis was appointed in 2017 when he described the location, Bramley-Moore Dock, as “truly inspired” despite the constraints of the waterfront’s Unesco World Heritage Site status.

Sheppard Robson was also appointed early on to help Meis Architects with advice on the UK planning system and building regs. The practice was not involved in any designs and is no longer working on the project.

A spokeswoman for Meis Architects said: “Sheppard Robson were helpful in the early stages but Pattern were added for their sports experience as the development of the project proceeded.”

The practice designed eight venues for the Pan-Am Games. Directors Dipesh Patel and Lindsay Johnston designed a stadium for cricket’s Kensington Oval in Barbados when they worked for previous employer Arup Associates.

Meis, who released images of his Everton proposal last week, hopes to put it in for planning this year.

The project involves a deal struck by the Premiership club with developer Peel Holdings to give Everton a 200-year lease on the site, which is conditional on gaining planning consent. 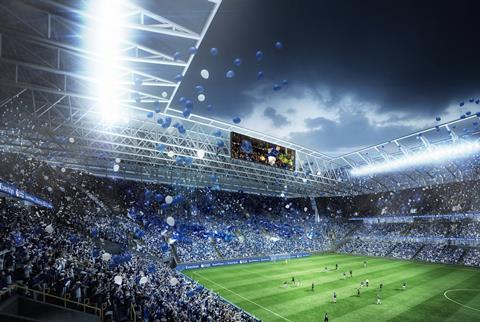