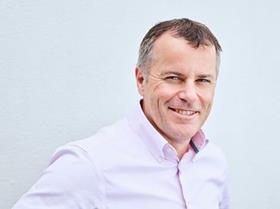 Skanska says a restructure is beginning to pay off as the firm more than trebled pre-tax profit at its UK business last year.

The contractor, which recently won a £58m deal to build a new office block near Old Street roundabout for Derwent London and is also working on a £121m deal to refurbish London Wall for La Salle and Citygrove, said pre-tax profit jumped from £13.5m to £44m in the year to December 2018. Turnover for the year was up 7% to £1.9bn.

Skanska was hobbled by a series of problem contracts that caused a £32m writedown in July 2017 and led to it cutting the number of its business units and embarking on a redundancy programme.

At the time chief executive Greg Craig blamed the problems on a handful of building and civils jobs – including one where Skanska was required to go back and carry out defects work on a job it finished more than a decade ago.

The writedown forced the firm into a business rethink, trimming the number of business units from nine to seven which saw its two building operations merged into one and its facilities services division combined with its Rashleigh Weatherfoil M&E arm.

Skanska said a new business plan introduced 18 months ago, and will which run up to next year, was looking at improving operational efficiency in a number of areas including finishing jobs defect-free and ramping up productivity improvements.

It added that data produced during design and construction phases of jobs was helping it with efficiency and had helped operating margins grow to 2.2% in 2018 from just 0.8% last time.

But the firm gave no update on its Cementation piling business which Craig (pictured) had wanted sold by the end of last year. Earlier this year, Building revealed that potential buyer, concrete firm Morrisroe, pulled its bid for the business after telling Skanska the £55m asking price was too much.

In a note accompanying the accounts, filed at Companies House, the firm admitted Carillion’s collapse had led to a “high level of media attention and governance” for contractors. But it added: “We believe we are already in a very strong position when it comes to any future scrutiny around our governance and risk management processes.”

Skanska will start on Derwent’s Featherstone Building, designed by Morris + Company, later this year. Its seven-storey London Wall scheme, designed by EPR, topped out in the middle of last month. QS on both jobs is Exigere.