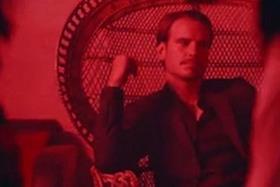 Housebuilder Redrow has pulled a promotional advert for its London luxury apartments after the ad was ridiculed on social media, with tweeters likening the advert’s style to the film ‘American Psycho’.

The advert, which can still be viewed on video sharing website Vimeo, depicts a young man rising up the London career ladder, ending with him surveying his luxury high-rise Redrow apartment in east London.

The film was pulled just days after it was launched online, after being subjected to online criticism and claims it glorifies London’s polarised property market.

The video’s voice-over narrator delivers lines including “making the impossible possible” and the video ends with the man looking out at the London skyline and saying: “Yes, they say nothing comes easy. But if it was easy, then it wouldn’t feel as good. To look out at the city that could have swallowed you whole and say ‘I did this’. To stand, with the world at your feet.”

A Redrow spokesperson said: “We tried to do something a bit new and different from the typical property videos out there, but we accept that maybe we didn’t get it quite right with this one.”

One user on Twitter commented that the Redrow advert was “an argument to shut down new London”.