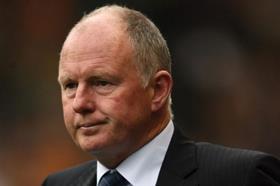 Housebuilder Redrow has reported a 70% rise in pre-tax profit on the back of growing sales from its “New Heritage Collection” homes in full year results published today.

Revenue at the firm grew by 5.7% to £479m due to the increasing number of the larger “new heritage” homes being sold, which now account for two thirds of all turnover from private sales.

The growth, which saw the firm report a £43m pre-tax profit, was despite the fact that overall the number of homes sold fell by 6.4% to 2,458 due to the sale in July of Redrow’s Scottish housing business.

The year to 30 June also saw the firm’s operating profit margin grow to 10% from 7.5% last year, as the average sale price of homes rose to over £200,000 and the amount of sale achieved on land bought since the credit crunch also increased.

The results are an endorsement of Redrow chair Steve Morgan’s decision to redesign Redrow’s house types when returning as chair in 2009 and launch the 1930s-influenced New Heritage Collection.

Speaking to journalists Morgan refused to give an update on his proposed bid to re-take full control of the business, announced at the end of August. A spokesman for the business said only that there was still no certainty an offer would formally be made, or what the terms of that offer will be.

Morgan again hit out at delays in the planning system, which he said was the main thing stopping Redrow from expanding further. “The big issue is planning. We struggle like hell to get planning in time for our sites. To sell more we need to grow outlets, but it’s still proving difficult.

“100% its planning stopping us from expanding more quickly. It’s the only thing blocking us.”

Morgan added that Redrow would seek to take advantage of the government’s extension of its FirstBuy shared equity scheme, and that so far he had seen no seasonal autumn uplift in the housing market.