Social divisions stoked by the housing crisis mean Britain faces a real threat of political unrest and extremism without urgent reform, the author of a new report on self-building has warned.

The need to diversify the housebuilding sector is critical if we are to avoid becoming “two nations”, said Richard Bacon, in a report calling for a new custom build delivery unit to be set up within Homes England. 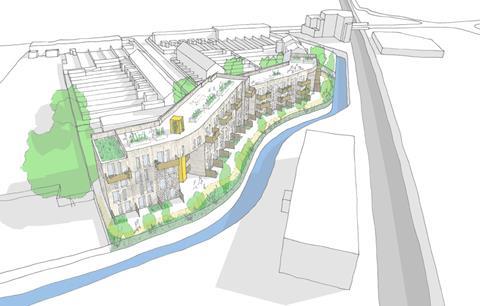 The Tory MP was commissioned by Boris Johnson in April to develop a plan for a major scaling-up of self-commissioned new homes across all tenures, boosting capacity and overall housing supply.

Both men say they believe that creating more opportunity for consumers to be involved in the provision of housing is key to tackling the housing shortage and address wider societal problems.

Bacon’s report, published this weekend and positioned squarely within the government’s beauty agenda, contains six recommendations in total (see box below) and a string of dire warnings.

It was welcomed by housing secretary Robert Jenrick who promised to “consider it fully and respond to the recommendations in due course”.

“The launch of the Help to Build equity loan scheme will be a game-changer to the self- and custom-build market and will allow individuals to borrow with lower deposit mortgages which will go towards the design and build of their new home,” added the minister.

Government should create a new Custom and Self-Build Housing Delivery Unit within Homes England to enable the creation of serviced building plots on small and large sites and support the delivery of custom and self-build housing at scale across the country.

Government, working through Homes England in partnership with the custom and self-build industry, should create a custom and self-build housing Show Park and should strengthen existing legislation to mandate the wider publicity of Self-build and Custom Housebuilding Registers and the sharing of key data between willing landowners and people on registers.

Government should reignite the successful Community Housing Fund; create accessible opportunities for communities to help themselves by intro­ducing a Self-Help Housing Programme; and introduce a Plot to Rent Scheme.

Government should recognise and support the pathfnding role of the custom and self-build housing sector in advanced manufacturing and in greener homes to accelerate the delivery of its wider Modern Methods of Construction and Net Zero Housing ambitions.

Government should ensure that the planning reforms in its White Paper Planning for the future maximise the opportunities for access to permissioned land for custom and self-build (CSB) across all tenures, including making focussed changes to the Right to Build legislation to ensure that it achieves its objectives.

Government should investigate the perceived disadvantages in the tax system between the CSB delivery model and other forms of housing, identifying specific actions where necessary to neutralise them.

The recommendations were welcomed by the lobby group the National Custom and Self Build Association (NaCSBA) and enabling firm Custom Build Homes, both of which were involved in an advisory capacity.

NaCSBA chief executive Andrew Baddeley-Chappell said the government must bring forward more land for self-building and “open the eyes” of the public to the opportunities.

Bacon, who quotes extensively from Nicholas Boys Smith, author of Living with Beauty and chair of the government’s new Office for Place, says Britain has lost the art its forebears had of creating great places and appears to lay the blame on the post-war programmes of mass housebuilding as well as on ongoing “Soviet-style” five-year plans.

“The consequences are stark,” he writes. “Quite simply, new housing is feared. In no other time in our history would housing be thought of as pollution. Our country has a growing population, an aging housing stock and a younger generation who have been priced out of home ownership – and for whom even renting a home costs far too high a proportion of their income. We need to build more new homes.”

“This is tearing deep fis­sures into the fabric of our society,” he adds.

“The stakes could not be higher. The current housing situation threatens labour mobility and the prosperity of the wider economy. It is already a strategic problem affecting major employers who want to hire the best staff. It is now causing couples to postpone having children because of worries about how they will ever afford suitable accommodation for a family. It is eroding social capital and could easily foment political unrest and extremism. We are in danger of becoming Two Nations – one nation in which a whole generation struggles to find somewhere to afford to live at all, while the other adds to its buy-to-let portfolio.”

Part of the problem, he argues, is a planning system that allows land to be rationed which “has inflated prices, suppressed the size of new homes and gardens, blunted innovation and constrained output”.

“Moreover, this has become hard-wired into the system. Apparently, we are just supposed to accept that land comes forward almost exclusively as large strategic sites. And we are also just supposed to accept, apparently, that individuals, communities and small builders wishing to build homes – as they have done for centuries – simply cannot access the land market.”

See also: Nicholas Boys Smith Interview part one: one man on a mission

If the housing market and planning process are opened up to “the power of consumer choice”, we will create homes that are “better designed, better built, greener and which cost less to run, which enrich the lives of the people who live there – while driving innovation and inward investment”, he said.

“Homes England – whose remit includes making markets – has a key role to play in kickstarting this market – and my core recom­mendation is that a Custom & Self-Build De­livery Unit should be established with a man­date to deliver the required changes, staffed by skilled professionals with deep experience of delivering custom and self-build projects for customers across all tenures.”

Bacon noted that while around 13,000 self-built and custom homes go up each year in the UK, making the sector collectively equivalent to one of the larger national housebuilders, this is tiny compared with other countries. In Germany it is the dominant method of delivering new housing, at 55%.

He also cites the Netherlands and the serviced plots for custom builders in the new town of Almere.

He also finds schemes in the UK to praise including The Courtyard pilot project in Bristol led by Bright Green Futures in which four low-energy rental flats were co-designed and partly built by tenants.