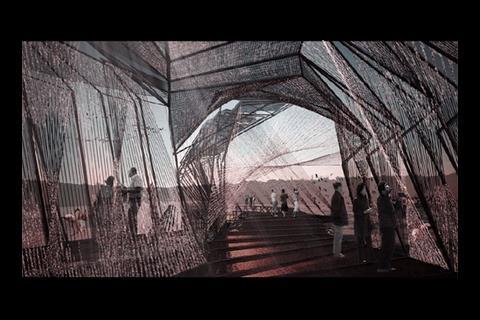 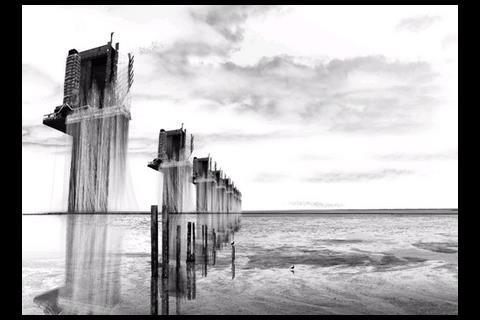 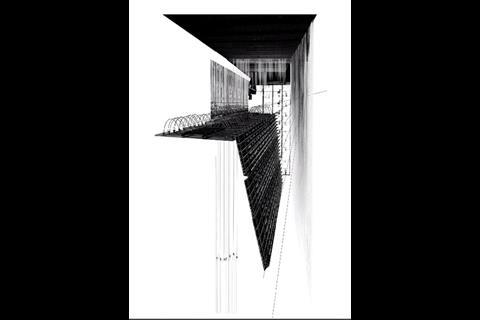 The winners of the RIBA President’s Medals Student Awards 2009 in association with Atkins have been announced.

Nicholas Szczepaniak from the University of Westminster won the top silver medal for his project ‘A Defensive Architecture’.

Set in the Blackwater Estuary in Essex, the project envisages a set of militarised coastal defence towers that perform multiple functions.

He said: “The thesis is intended to expose unexpected readings of the built environment in the future if we don’t take more drastic steps to deal with climate change.”

His tutors said: “He imagines a set of austere and stark coastal defence towers that have multiple functions.

“Not only do the towers act as an environmental protection device that serves as a warning to mankind of the dangers that lies ahead, but they are also repositories of knowledge, housing a major collection of books, much like the British Library.

“These ’arks’ are exquisitely explored in great detail through drawings and experimental models. The scheme is handled in a sensitive and thoughtful manner throughout.”

Wen Ying Teh from the Architectural Association won the bronze medal for her project ‘An Augmented Ecology of Wildlife and Industry’.

By examining the salt mine that sits on the Galapagos landscape, he proposes an alternative to the typical conservationist practices applied across the islands.

His tutors said: “The capacity to be wildly imaginative but at the same time technically rigorous and utterly believable is what gives the project its critical edge.”

Rebecca Gregory from the University of Westminster won the dissertationmMedal for her work ‘The Art of Skew Bridges: The Technique and its History Explored’.

A record 250 schools of architecture from 50 countries were invited to nominate two of their best student design projects at Part 1 (first degree), two at Part 2 (second degree) and one dissertation.

The awards achieved the highest number of entries ever in 2009, with over 70 schools of architecture from 25 countries accepting the invitation to submit entries.

Ruth Reed, RIBA president, said: “The annual celebration of the President’s Medals reward the outstanding young talent in schools of architecture in the UK and across the world, and this year is certainly no exception.

“Education is an area of great importance to me, and I warmly congratulate this year’s winners for their excellent work.”

For more on the awards visit The President Medals Student Awards.
For the latest jobs in architecture and career advice visit Building4Jobs.