Hammerson and its joint venture partner Standard Life are anticipating work commencing on the scheme as early as summer next year, subject to detailed planning approval.

The detailed plans for the scheme designed by Callison RTKL and Chapman Taylor were submitted by the joint venture partners to Barnet council in May, having already secured outline planning consent in 2010.

The plans aim to double the size of the shopping centre to 2 million ft2 creating over 200 new retail stores, 60 restaurants, a cinema complex, hotel accommodation and over 7,600 car park spaces, as well as a relocated and enlarged bus station. 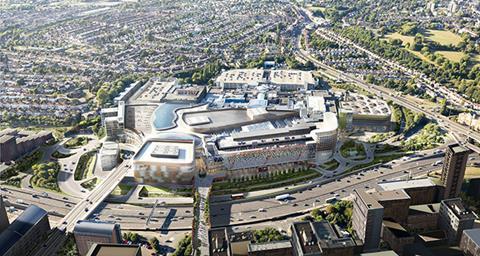 The revamp of the shopping centre is part of Barnet council’s wider £4.5bn regeneration plans for Brent Cross and Cricklewood.

Argent and its American partner Related are working on the other half of Barnet council’s regeneration project, which will see nearly 7,000 new homes, parks, community facilities and a new high street built.

Previously, Peter Cole, chief investment officer for Hammerson said: “We [Hammerson] will create a world-class retail destination that will be the catalyst for a new and vibrant quarter.”