​RLB brings in T&T boss to head up infrastructure business 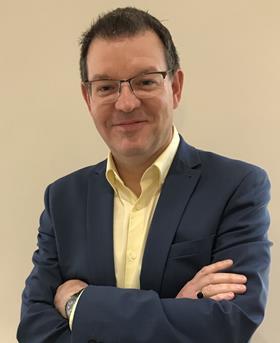 Stamps joins as national head of infrastructure after spending more than five years at T&T, where he has been in charge of the firm’s infrastructure work across the Midlands.

He joined T&T in 2014 from Laing O’Rourke after 10 years working at the country’s biggest private contractor where his roles included commercial manager and commercial leader.

Stamps’ (pictured) CV also includes a 12 year stint at Sisk where he was a QS.

RLB has been on a recruitment drive of late, last month raiding Aecom for a new national head of programme management.

The firm is currently outlining its 2030 growth strategy plan to its 675 UK staff ahead of a formal launch later this year.

RLB saw turnover in the year to April jump 14% to £80m with infrastructure accounting for 10% of its UK income.

It wants to double infrastructure turnover by 2030 and RLB board director Mark Weaver said: “Bringing Andrew in to head up this area reinforces the importance of this market to us.”

It is forecasting an overall turnover of £108m in the next four years with the business expected to employ 850 people by 2023.