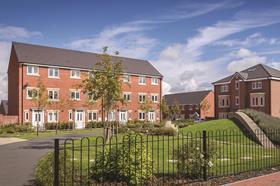 Miller Homes has shelved plans to float on the London stock market, blaming volatility in the financial markets.

The announcement last week came just over a week after the housebuilder announced its plan for an initial public offering (IPO) on the stock market, which was expected this month.

Miller had said last month that the float was expected to raise around £140m and would entail selling off at least 40% of the company on the open market.

But last week the housebuilder said: “In light of the recent financial markets volatility, the shareholders of Miller Group have elected not to proceed at this time with a public offering of Miller Homes.

“The shareholders are excited to support Miller Homes in its next phase of growth as the company builds upon the momentum evidenced in its recent operational and financial results.”

The move follows increasing signs that the housing market is cooling, with housebuilder Crest Nicholson among many recently to say that the surge in sales seen last year at the launch of Help to Buy had faded into a more usual seasonal pattern of demand.

This week the Centre for Economics and Business Research (CEBR) said the fear of impending rate rises and tightening of mortgage affordability tests have dampened price growth expectations for 2015, with average growth this year of 7.8% to be followed by a contraction of 0.8% next year.

Analysts said Miller’s change of heart may have been due to failing to get a strong valuation of the business from potential investors.

Kevin Cammack, analyst, Cenkos, said: “The feed-back I’m getting is that whilst appetite for housebuilders has been muted – surely that cannot be a surprise to anyone since the early summer basically – Miller failed to get the valuation debate anywhere above a straight discount to peers.”

Tony Williams, founder of analyst Building Value, said the decision to shelve the float was “dumb, dumb, dumb” and that it would have damaged investor confidence preventing the firm from floating for “at least a year”.

“They [Miller] will have spent a lot of money that they won’t get back,” he said.

A spokesperson for the company declined to put a figure on the cost of preparing for the aborted flotation, and said that no formal marketing with potential investors had taken place since the announcement of the intention to float.

Miller sold its construction business to Galliford Try in an £16.6m in July, in a move that was interpreted as paving the way for the firm to float its housebuilding business. However, the Miller spokesperson denied the sale was linked to the flotation.