Alain Michaelis will become chief executive of contractor in May 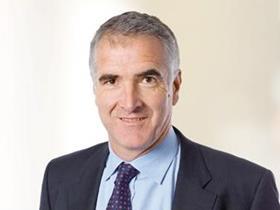 Michaelis will assume the role after Keller’s annual general meeting on 14 May, replacing current chief executive Justin Atkinson, who will retire, as previously announced.

Michaelis has spent his career leading operational and engineering teams in the industrial sector. Prior to joining Rolls Royce he held senior leadership positions at Tenneco, an automotive supplier, and at Wolseley, the building products distributor. He began his career as a mechanical engineer with Arup, working on building design projects.

Roy Franklin, chairman of Keller, said: “We are delighted that Alain is joining us as chief executive. He is a highly experienced senior executive who brings considerable understanding of the complex multinational environment in which Keller operates. We are all looking forward to working with Alain and warmly welcome him to the group.

“The board would also like to take this opportunity to express their sincere appreciation to Justin for the very significant contribution that he has made during his eleven years as chief executive.”

Michaelis said: “I am very pleased to be joining Keller. The company has a great history and is well positioned for the future. I am very much looking forward to working with the teams around the world and am honoured to lead the next phase of Keller’s development.”