Solicitors acting for a group campaigning against plans by David Adjaye for a 20-storey tower in the centre of Brixton have written to the secretary of state urging him to intervene.

They have also written to the mayor of London asking him to revoke his decision not to take over the planning process from Lambeth council, and alleging irregularities in the way he decided to leave the casting vote in local hands.

The building, designed by Adjaye Associates, has been revised more than once in the face of objections since plans were first submitted in April. In July Sadiq Khan said, in an initial judgement, that the plans did not fully comply with the London Plan. Since then Lambeth has indicated it is minded to approve the tower. 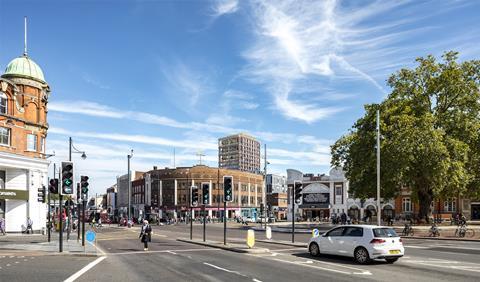 The site, on Pope’s Road, is currently occupied by low-rise shop units. It is bound by elevated rail lines and lies between the station, market, Pop Brixton and George Finch’s grade II-listed Brixton Rec. It was bought by Hondo Enterprises which is owned by US billionaire Taylor McWilliams who also owns fashionable Brixton Village, which has been accused of gentrifying the neighbourhood.

Adjaye’s mixed-use proposals for five-, nine- and 20-storey elements would see retail “market” units and a food hall plus other leisure uses on the lower floors, with offices above. Public realm improvements are also planned.

Campaign group #FightTheTower, which says the proposals remain “deeply flawed and will have a devastating impact” on Brixton, has engaged solicitor Leigh Day.

The firm wrote to communities secretary Robert Jenrick yesterday saying: “We appreciate that ‘call-ins’ are relatively rare. However, the extraordinary circumstances of this case warrant the use of your discretionary power.

“In short, the application amounts to a repudiation of the principle of plan-led development, imposes a tower in a highly sensitive and unsuitable location, is in direct conflict with your direction to the mayor of London that tall buildings should only be in locations identified as suitable in boroughs’ adopted plans, [and is] beset by unlawfulness and extreme unfairness.” 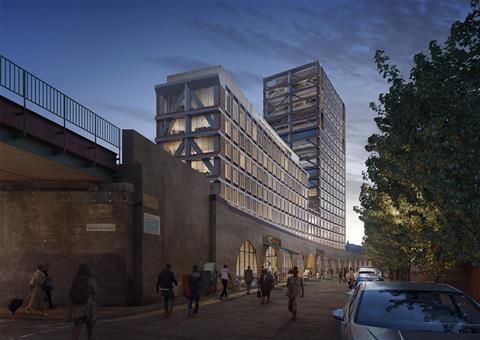 The firm also wrote to London mayor Sadiq Khan, initially in order to make a similar call-in request before apparently discovering mid-draft that he had already decided not to call it in. They then alleged that he had told objectors two days after his December 14 decision that he had not yet considered the application.

The letter asked him to revoke his decision and restart the process. “Given this unfortunate and extraordinary sequence of events, and the sound planning reasons set out [in our letter], this would be the only fair and just step to take,” they wrote.

They claim the scheme would harm heritage assets, would cast a “severe” shadow on neighbouring buildings and is contrary to the Lambeth and London plans.

A spokesperson for the mayor of London said: “Having considered all the evidence available to him, the mayor decided there were no sound planning reasons to intervene in the application.”