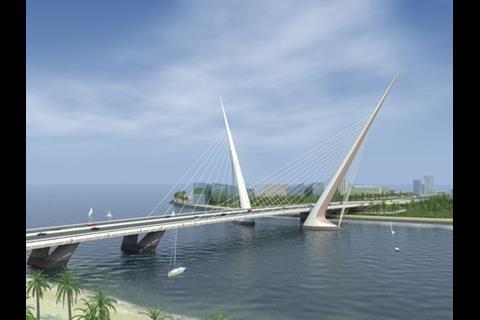 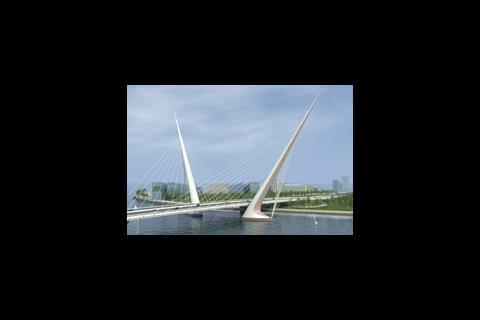 Engineer Royal Haskoning has won the design competition for a 450m bridge in Dubai.

The firm said it had been appointed by developer Nakheel to create an eight lane motorway connecting Dubai’s largest Palm Island, Jebel Ali, with the waterfront.

The bridge will be supported by 72 stay cables between two 135m high pylons and include pavements for pedestrians and cyclists, the company said.

Royal Haskoning’s contract includes engineering and the tendering procedure for the scheme.

Company board member Henry Rowe said: “We are extremely excited to be involved in this new project which is vast in its ambition and scope. To achieve the winning design for such a pioneering development is a milestone for us and hopefully a lasting landmark for the region.”